In Christian demonology, Alastor is chief executioner to the monarch of Hell. 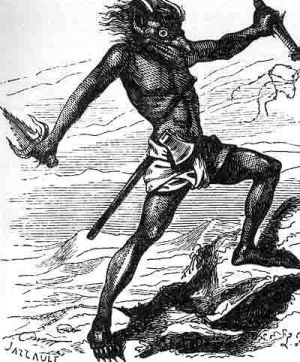 According to Dictionnaire Infernal - Collin de Plancy (1863), Alastor is likened to Nemesis and the destroying angel and is known as The Executioner. He is exceptionally cruel.

Sometimes he resolved to go into Cæsar's house privately, and there kill himself upon the altar of his household gods, to bring divine vengeance upon him; but the fear of torture put him off this course. verse 68 of Cicero's bio in Plutarch's Parallel Lives

Part of this article consists of modified text from Wikipedia, and the article is therefore licensed under GFDL.
Retrieved from "https://www.monstropedia.org/index.php?title=Alastor&oldid=10346"
Categories: