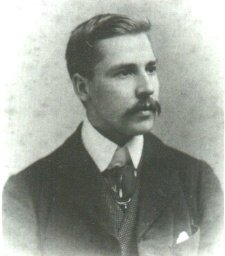 Born in America, and raised in England, A.E. Waite joined the Hermetic Order of the Golden Dawn in 1891 and also entered the Societas Rosicruciana in Anglia in 1902. The Golden Dawn was torn by further internal feuding until Waite's departure in 1914; a year later he formed the Fellowship of the Rosy Cross. By that time there existed some half-dozen offshoots from the original Golden Dawn, and as a whole it never recovered.

Waite was a prolific author of occult texts on subjects including divination, Rosicrucianism, freemasonry, black and ceremonial magic, Kabbalism and alchemy; he also translated and reissued several important mystical and alchemical works. His works on the Holy Grail, influnced by his friendship with Arthur Machen, were particularly notable. A number of his volumes remain in print, the Book of Ceremonial Magic, The Holy Kabbalah, and New Encyclopedia of Freemasonry having seen reprints in recent years.

Waite is best known as the co-creator of the popular and widely used Rider-Waite Tarot deck and author of its companion volume, the Pictorial Key to the Tarot. This was notable for being one of the first decks to illustrate all 78 cards fully, not just the 22 major arcana. Golden Dawn member Pamela Colman Smith illustrated the cards, and they were first published in 1910.