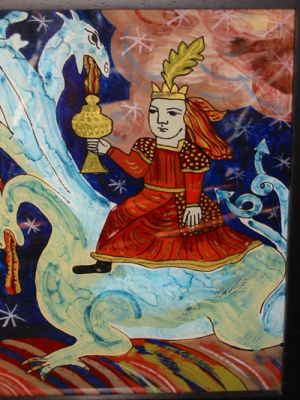 Balaur as a toy

Balaur is a creature in Romanian folklore, similar to a dragon.

Balaur seems to derive from Proto-Indo-European language words *bel-, "strong", or *bhel-, "to swell". It is considered to be a pre-Roman conquest word from the Romanian substratum.

A balaur is quite large, has fins, feet, and is polycephalous (it usually has three, sometimes seven, or even twelve serpent heads).

Balaur appears in many Rumanian fairy tales. He represents Evil and must be defeated by Fat-Frumos in order to release the Princess