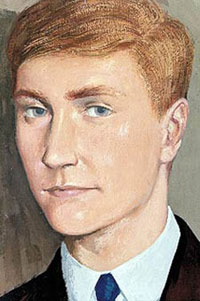 Bible John is the nickname of an unidentified serial killer who is thought to have operated in Glasgow, Scotland, in the late 1960s. Whilst the three murders attributed to him undoubtedly did happen, it is not clear that they were the work of the same person and officially the police still have an open mind on this.

On February 23, a 25-year-old woman named Patricia Docker was found strangled to death in a doorway in Glasgow. The previous night she had been out partying at a nearby club named the Barrowland Ballroom.

The following year, on August 15, 1969, Jemima McDonald, 32, went for a night out at the Barrowland Ballroom. The following day she was found in an old building, strangled to death with her own stockings. Witnesses said that they saw the victim leaving the club at midnight with a tall, slim young man with red hair.

Just a couple of months later, on October 30, 29-year-old Helen Puttock was found murdered. She had also been to the Barrowland Ballroom the night before, having gone with a friend. The friend recalled Helen having been last seen with a well-dressed young man—tall, slim and with red hair—whom she described as being polite and well-spoken. She also said the stranger had given his name as "John" and that he had frequently quoted from the Bible.

The police made a determined effort to hunt for the killer now nicknamed "Bible John", but although a number of suspects were questioned, no arrests were ever made, and no further victims have been attributed to him.

In 1996, the police exhumed the body of a man who had committed suicide in 1981 and was the cousin of one of the original suspects. They ran a DNA test on the deceased man and compared it to semen found on the body of Helen Puttock. At first they announced they may have a match, but were later forced to retract their claims and declare that tests showed the deceased man was innocent of the crimes. There was a great deal of criticism levelled at the police from the family of the exhumed man, who were naturally quite upset at the whole ordeal and the accusations made against their late relative.

On December 12 2004, the police announced they were to DNA test a number of men in a further attempt to solve the case of "Bible John". This followed the discovery of an 80% match to a DNA sample taken at the site of a 'minor' crime two years earlier.In 2005 experts at Stirling University released a digitally remastered image of what the serial killer might look like today. 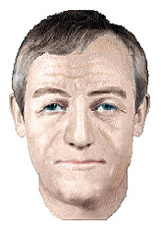 Digitally remastered image of how Bible John may look in 2005

The actions of Bible John inspired a novel by Ian Rankin, Black and Blue of the Inspector Rebus series published in 1997, as well as a comic book (Bible John-A Forensic Meditation) written by Grant Morrison in 1991.