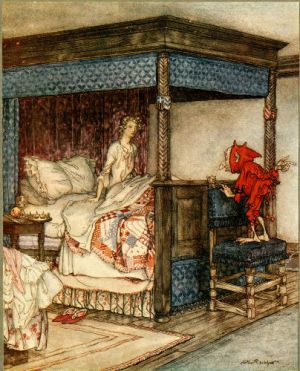 The character of Billy Blind is probably a reminiscence of the god Woden or Odin from Germanic mythology, and later evolved into Blind Harie, the "blind man of the game" in Scotland.

Billy Blind appears, however, only in ballads, where it frequently advises the characters.

Billy Blind in the Childs Ballads