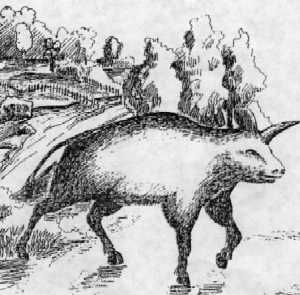 The Camahueto is a fabulous creature in the mythology of Chiloé (Chiloé Archipelago, in the south of Chile).

The Camahueto has the form of a calf or bull, with a small horn on its forehead, similar to a unicorn. There are other recorded sightings of a creature which is an hybrid of a seal and a unicorn calf. 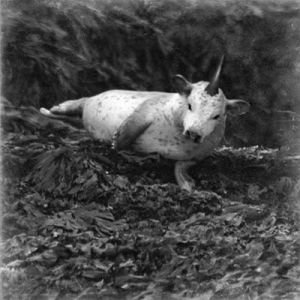 The horn is the most valuable part of the animal, which machis use to plant small pieces in the earth from which other camahuetos will grow. When it has grown, it erupts from the earth with such force that it leaves a tremendous hole and drags down everything in its path in a rapid race to reach the sea.

A machi will stalk and capture the camahueto with a lasso and tear out the horn and bandage the opening. Afterwards, he will use the horn for curing many kinds of illnesses.

One use of the horn is to scrape shavings from it into a mixture of sea water and apple cider until it turns into vinegar and course salt. This potion has the capacity to restore the vitality of older men and to those who have become impotent. Users of this preparation claim to have become like Hercules and gain the reputation throughout the islands as "a man like a trauco".

The Camahueto takes its root from the European unicorn and was brought by the conquistadors.