Cryptids are animals presumed extinct or hypothetical species of animals known from anecdotal evidence and/or other evidence insufficient to prove their existance with certainty. The term "cryptid" was first coined in 1983 by John Wall. Cryptids may also be known as an Unidentified Mysterious Animal (UMA). 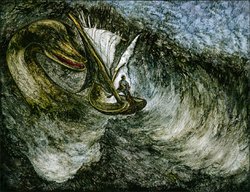