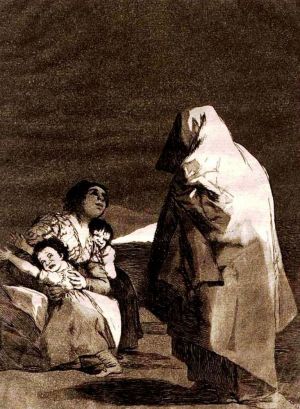 The cucuy or el cucuy is the boogeyman of Latin American cultures.

The myth of the coco originated in Portugal and Galicia. During the Portuguese and Spanish colonization of Latin America, the legend of the Cuco was spread to countries such as Mexico, Argentina and Chile. In the Mexican-American community the creature is known as El cucuy. Other names include coco, cocu, cuco, chucho and chamuco.

In Northern New Mexico and Southern Colorado, where there is a large Hispanic population, el cuco is referred to with its anglicized name, the Coco Man.

According to the Real Academia Española the word coco derives from the Portuguese language, and referred to a ghost with a pumpkin head. The word coco is used in coloquial speech to mean the human head or skull in Portuguese and Spanish. The name coco could have its origins in the old Celtic word *kokk– meaning red.

The cucuy has no specific appearance, but rather is the subject of an irrational fear. However, some describe it as a small humanoid with glowing red eyes (alien-like).

In Brazilian folklore, the typical monster sung in children rhymes is Cuca, pictured as a female humanoid alligator from Portuguese coca, a dragon.

Like the bogeyman, el cucuy may hide in a closet or under the bed, or he may come out of the dark to terrorize a child. His name may be whispered to a child by parents to frighten the child into staying close by and behaving well. “Portate bien o te lleva el cucuy,” a parent may say. “Behave, or the cucuy will get you.”

Parents sing lullabies or tell rhymes to the children warning them that if they don't sleep, el Coco will come and get them.