The Fiery Flying Serpent is a creature or entity mentioned in the Bible. (Book of Isaiah 30:6).

References lacking a mention of "flight" to the "fiery serpents" can be found in several places in the Old Testament.

It has been suggested that the creature are Pterosaurs Young Earth Creationists Seraphim or simply saw scaled viper, which are living vipers known to leap up while striking, which is suggestive of flight. 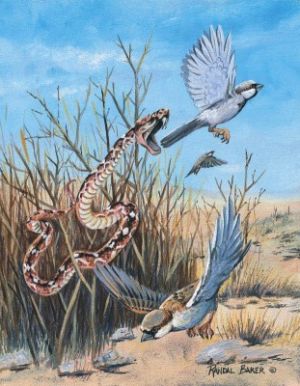 a saw scaled viper in action.