The concept of the Gremlins as responsible for sabotaging aircraft is first recorded among airmen of Britain's Royal Air Force during World War 2, in particular the men of the high altitude Photographic Reconnaissance Units (PRU) of RAF Benson, Wick and St Eval. The story attempted to explain the accidents which often occurred during their flights.

The lore of the gremlin was first published in issue 13 of the servicemen's fortnightly Royal Air Force Journal dated April 18, 1942 [1] although it is known to have been in circulation since at least 1940. [2] The author of the first article was Hubert Griffith, although he suggests that the stories have been in wide circulation for some time and are very well known. 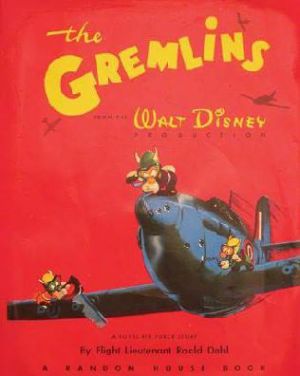 The cover of the original 1943 publication of The Gremlins

Children's author Roald Dahl would have been familiar with the story of the gremlins, having carried out his military service in the 80th squadron of the Royal Air Force in the Middle East. Dahl had his own experience in an accidental crash-landing in the Libyan Desert. He recovered and briefly resumed serving in Greece and Syria but his frequent headaches soon caused him to be relieved of active duty. In January, 1942 he was transferred to Washington, DC as Assistant Air Attache. There he eventually authored his novel The Gremlins, in which he described male gremlins as "widgets" and females as "fifinellas". He showed the finished manuscript to Sidney Bernstein, the head of the British Information Service. Sidney reportedly came up with the idea to send it to Walt Disney.

The manuscript arrived in Disney's hands in July, 1942 and he considered using it as material for a film. The film project never materialised but Disney managed to have the story published in the December, 1942 issue of Cosmopolitan magazine. About half a year later a revised version of the story was published in a picture book published by Random House. The book is going to be republished in 2006 by Dark Horse Comics. Thanks mainly to Disney, the story had its share of publicity which helped in introducing the concept to a wider audience. Issues #33-#41 of Walt Disney's Comics and Stories published between June, 1943 and February, 1944 contained a nine-episode series of short silent stories featuring a Gremlin Gus as their star. The first was drawn by Vivie Risto and the rest of them by Walt Kelly. This served as their introduction to the comic book audience.

The rhyme featured in the RAF Journal article describes the gremlins and their activities:

The Fifinellas were viewed as less malevolent, and the name was adopted as a nickname for Women Airforce Service Pilots (WASP) in the USA. Walt Disney himself designed a uniform patch, affectionately called a "Fifi". 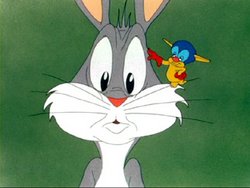 Falling Hare(1943), in which Bugs Bunny is tormented by a gremlin 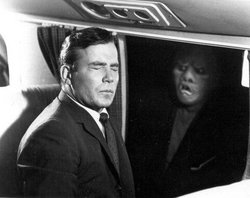 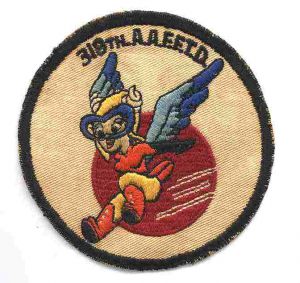 Part of this article consists of modified text from Wikipedia, and the article is therefore licensed under GFDL.
Retrieved from "https://www.monstropedia.org/index.php?title=Gremlin&oldid=8941"
Categories: