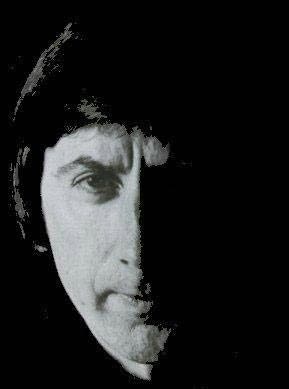 James Herbert (born 8th April, 1943, London) is a best selling English horror writer known for his simple yet compelling sensationalist novels, which are notable for their use of horrific set pieces. His heroes are usually young, rather cynical men, whose fight against the horror is abetted by the growth of a strong sexual relationship.

His first two books, The Rats and The Fog, are gruesome disaster novels, influenced by the science fiction works of John Wyndham. The horror - mutant man-eating rats in the first, an accidentally released chemical weapon in the second - is symbolic of flaws in society: urban poverty and neglect in The Rats, political and military incompetence in The Fog. The premise of The Fog bears considerable resemblance to that of George A. Romero's 1973 film The Crazies: as in Romero's film, the chemical weapon induces violent psychosis in those who are exposed to it. In both books, government authority is seen as callous, bungling, and - despite the presence of honourable individuals - inclined to cover up mistakes rather than look for solutions.

Herbert has written three sequels to The Rats. Lair deals with a second outbreak of the mutants, this time in the countryside around Epping Forest rather than in the first book's London slums. In Domain, one of Herbert's bleakest and most ironic books, a nuclear war means that the rats have become the dominant species in a devastated city. The third sequel, the graphic novel The City, is an adventure set in the post-nuclear future.

With his third novel, the ghost story The Survivor, Herbert used supernatural horror rather than the science fiction horror of his first two books. The Dark showed the novelist's moralistic stance in a powerful story of a supernatural darkness which aggravates people's character flaws into hideous evil. In Shrine he explored his Roman Catholic heritage with the story of an apparent miracle which turns out to be something much more sinister. He also showed that, despite his apparently Christian beliefs, he was not afraid to show the Church in an unflattering light.

Haunted, the story of a sceptical paranormal investigator taunted by malicious ghosts, began life as a screenplay for the BBC, though this was not the screenplay used in the eventual film version. The story is somewhat after the fashion of Nigel Kneale, whose Quatermass stories had influenced Herbert's first novels. Along with its sequel The Ghosts of Sleath and Herbert's earlier The Magic Cottage, Haunted showed the novelist essaying a greater subtlety of style and atmosphere.

Others of Herbert's books, such as Moon, Sepulchre and Portent, are structured as thrillers, and include espionage and detective story elements along with the supernatural, after the fashion of John Blackburn. The Jonah is in large part the story of a police investigation, albeit by a policeman whose life is overshadowed by a supernatural presence. The Spear deals with a neo-Nazi cult in Britain and an international conspiracy which includes a right-wing US general and a sinister arms dealer. '48 is set in an alternate world of 1948 in which the Second World War ended with the release of a devastating plague by the defeated Adolf Hitler and, like The Spear, features British characters who sympathise with the Nazis. Others presents the story of a physically deformed private detective whose condition is explicitly presented as a payoff for the immorality of his previous existence.

Herbert had previously tackled the theme of reincarnation in his fourth novel, Fluke, which horrified his publishers because of its lack of gruesome violence or explicit sex. Instead, it was a tragicomic picaresque story of a dog who somehow remembers his previous life as a human being. Rumbo, one of the characters from Fluke also turns up in The Magic Cottage, which is also comparatively gentle by Herbert's standards. Once..., an attempt at an "adult fairy tale", also includes various in-jokes referring to Herbert's previous works, including another reference to the character of Rumbo. Nobody True continues the theme of life after death, being narrated by a ghost whose investigation of his own death results in the destruction of his illusions about his life.

Herbert has described Creed as his Abbott and Costello Meet Frankenstein. The ironically named Joe Creed is a cynical, sleazy paparazzo who is drawn into a blackly comic plot involving fed-up and underappreciated monsters. (The book's tagline was "Demons today are a sorry lot".) No one believes in anything any more, least of all cynics like Creed, and the reader's own disbelief is actively solicited by a highly intrusive narrative voice which constantly reminds us (e.g. by referring to Creed as "our hero" or smugly informing the reader: "You've just suffered a dramatic pause") that the story is only a story.

A new novel, The Secret of Crickley Hall, originally scheduled for release in April 2006, is now scheduled for October. One of the characters in this novel is named after a real person, who won the honour by having the winning bid in the 2004 BBC Radio 2 Children in Need Auction.

Born in London, James Herbert has worked as a singer and the art director of an advertising agency. Today, he lives in London with his wife, and is a full-time writer. He also designs his own book covers and publicity.

Books by this author