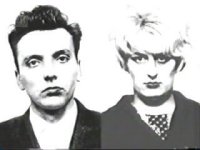 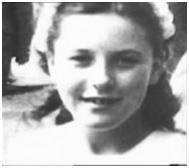 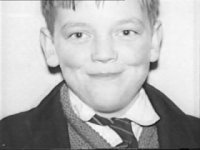 On November 23, 1963, Brady and Hindley struck again. This time the victim was 12-year-old John Kilbride. Like many children, he had been warned not to go away with strange men but not about strange women. He was approached by Brady and Hindley at a market in Ashton under Lyne, and accepted when Myra offered him a lift because it was getting dark. Once in the car, Myra offered John some sherry if he would help them look for a lost glove on Saddleworht Moor. The little boy eagerly agreed.

When they reached the moors, Brady took the child with him while Hindley waited in the car. On the moor, Brady pounced on the boy. He beat John Kilbride, tied him and spanked him, before raping the terrified child. He then attempted to slit his neck with a knife with a six inch serrated blade, but it didn't work, so Brady strangled the crying child to death with a piece of string, and buried his body in a shallow grave. His body was found on 21st October 1965. The body was clothed, but the jeans and underpants that he had been wearing were pulled down, and the underpants were knotted at the back, just below the thighs. There was a shoe missing, lost in the boy's desperate struggle for life. Hindley later told police that Brady had found the shoe after burying the boy, and had burnt it in their home in Hattersley, Manchester. 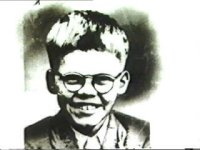 The third victim was 12-year-old Keith Bennett who vanished on his way to his grandmother's house in Gorton on June 16, 1964 - 4 days after his 12th birthday. The blonde haired, blue eyed boy accepted a lift from Hindley, and she drove to the Moors and asked him to help search for a lost glove. Brady then lured Keith into a ravine, where he tortured and raped the boy. He also took photographs which Hindley destroyed in the days after Brady's arrest, before she herself was taken into custody. Brady then strangled the child to death with a piece of white string, before burying his body. Hindley stood above the ravine and watched the murder. Keith's body has never been found. 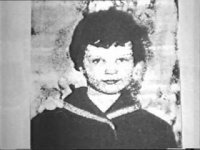 The fourth victim was 10-year-old Lesley Ann Downey who vanished from an Ancoats fairground on 26 December, 1964 – an icy, cold night. She had been lured back to Brady and Hindley's house on the Hattersley estate to 'help them carry boxes'. Brady and Hindley enticed Lesley into an unheated bedroom – it’s single electrical point in full use, first the tape recorder, then the photoflood lights. Once in the bedroom, they forced Lesley to strip naked except for shoes and ankle socks, before subjecting her to torture and rape. Hindley later described to Peter Topping, the police officer who re-opened the investigation in the 1980's, having seen blood on Lesley's legs, showing that the child had been raped. They tape-recorded Lesley's screams as she was abused, and took 9 pornographic photographs of the child tied up, gagged and naked; the last one kneeling in an attitude of prayer.

The sixteen-minute tape contains the voices of Brady and Hindley relentlessly cajoling and threatening the child, who is heard crying, begging, retching, screaming, and pleading to be allowed to return home safe to her mother. When they had had their fun, Brady took a piece of white string, placed it around Lesley's neck, and strangled the terrified child to death. Brady and Hindley then dumped Lesley's naked body in a shallow grave on Saddleworth Moor.