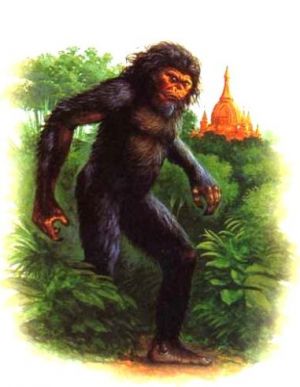 The Người Rừng or Batutut also called Ujit is a hominid cryptid thought to inhabit the Vu Quang nature reserve and other wilderness areas of Viet Nam and Laos.

Người Rừng is described as being approximately six feet tall and completely covered with hair except the knees, the soles of the feet, the hands and the face. The hair ranges in color from gray to brown to black. The creature walks on two legs and has been reported seen both solitary and moving in small clans. It is most often sighted foraging for food from fruits and leaves.