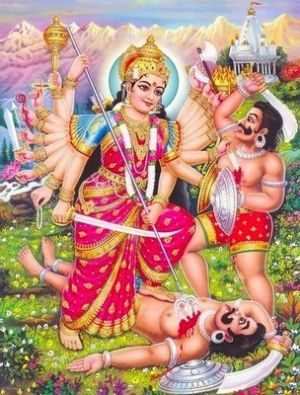 In the Hindu text the Devi Mahatmyam, Nisumbha, also spelled as Nishumbha was one of the two Asuras that confronted, and were ultimately slain by, Devi.