Ophis is a demon according to Renaissance Magician Cornelius Agrippa. 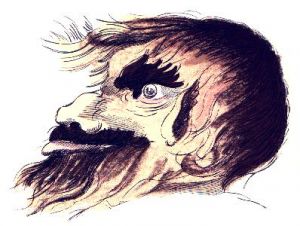 Ophis, from Francis Barrett's The Magus, 1801

Ophis is from the Greek word for serpent. The name of this demon is a corruption of the name of the Greek Titan Ophion, who was the son and husband of the mother goddess Eurynome. Ophion had the form of a great serpent. According to one version of the Greek myths, long before the coming of Zeus and the rest of the Olympian gods, Ophion and Eurynome ruled Olympus as king and queen. He was displaced as ruler by the Titan Cronus, who in turn was displaced by Zeus.

Cornelius Agrippa wrote: "Pherecydes the Syrian describeth the fall of the devils, and that Ophis, that is the devilish serpent, was the head of that rebelling army" (Three Books of Occult Philosophy, Book III, Ch. 18). This would rank Ophis at the same level as Lucifer.