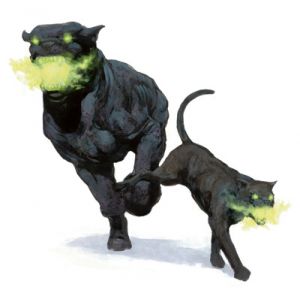 Phantom Cats or Alien Big Cats (also ABCs, Anomalous Big Cats, mystery cats), are feline cryptids reported in a number of countries and states including Britain, Australia, New Zealand, Finland, Denmark, and Hawaii where they are not native .

Usually, the reported sightings, tracks and predation indicate large felines, such as jaguars or cougars, which are not indigenous to the area. Annual statistics and reports are published by The Big Cats in Britain research network.[1] Approximately 85% of these animals are described as black, while most others are unpatterned brown. The only species of big cat which can be black are leopards and jaguars, whose melanistic forms are popularly known as black panthers. While many big cat reports describe the known species as listed above, just as many do not. The attempt to shoehorn detailed witness descriptions into these standard forms often fails. Some of the theories of provenance, such as hide-out, hybridisation, shape-shifting etc. attempt to account for these disparities.

Since the 1960s, there have been many sightings of big cats across Great Britain. Puma, clouded leopard, jungle cat, leopard cat and lynx have also been killed or captured, as documented by Dr Karl Shuker in Mystery Cats of the World (1989). An unusual concentration of sightings occur in the West country region of England.

In the 1760s the great radical writer, William Cobbett recalled in his Rural Rides how, as a boy, he had seen a cat 'as big as a middle-sized Spaniel dog' climb into a hollow elm tree in the grounds of the ruined Waverley Abbey near Farnham in Surrey. Later, in New Brunswick, he saw a 'lucifee' (North American lynx – Felis lynx canadensis) 'and it seemed to me to be just such a cat as I had seen at Waverley.'. Another old report was found by David Walker from The Times in 1827 of a "lynx" being seen. Farther back there is a medieval Welsh poem "Pa Gwr" in the Black Book of Carmarthen which mentions a Cath Palug "Palug's cat" or "clawing cat" which roamed Anglesey until slain by Cei. In the Welsh Triads, it was the offspring of the monstrous sow Henwen. However the first regular sightings of big cats in Britain were in the 1960s, and since then they have been gradually increasing over the past 40 years to the present.

Sightings of exotic big cats in Australia began more than 100 years ago.

In the Gippsland region of south-eastern Victoria, the origin of the cats is claimed to be American World War II airmen who brought panthers with them as mascots and released them in the Australian Bush. No conclusion has been reached, and photographic evidence is often difficult to interpret. The mass slaughter of sheep is often given as evidence to support the big cat theory. They are often killed by a clean puncture or slit in the throat. The animals' insides are then eaten precisely and with no mess, in the same way a big cat kills and eats its prey.

Several sets of video footage - claiming to show black panthers in the Australian bush - have shown animals that share the morphology of felis cattus, but the size range of leopards, according to big cat research Mike Williams, who believes the bulk of sightings can be traced back to a mutation within the feral cat population.

The region around Tantanoola, a town in the south-east of South Australia was supposed to been the stalking ground of The Tantanoola Tiger during the late nineteenth century.

In 1995, a big cat usually described as a lion (but sometimes as a lynx) was dubbed the Beast of Funen by numerous eye-witnesses. There was an earlier big cat sighting from 1982 in southern Jutland.

In 2005 a black cougar was allegedly spotted on several occasions in a wildlife preserve, but the animal, nicknamed Winnie, was later identified as an unusually large crossbreed between a domestic and a wild cat.

Since the late 1990s, big cat sightings have been reported in widely separated parts of New Zealand, in both the North and South Islands. There have been several panther sightings in Mid-Canterbury near Ashburton and in the nearby foothills of the Southern Alps, but searches conducted there in 2003 by the Ministry of Agriculture and Forestry found no corroborating physical evidence. A search in 2006 showed a big black cat roaming a local farm; it was recorded on video camera.

Stories of "mystery big cats" on the island of Maui have been circulating since the late 1980s. In December 2002, sightings of a big cat increased in number in the Kula (upcountry) area, and the Division of Forestry and Wildlife requested the help of big cat wildlife biologists William Van Pelt and Stan Cunningham of the Arizona Game and Fish Department. It is theorized that a large feline, such as a Jaguar, Leopard or Mountain Lion was illegally brought into Hawaii as a pet and released or allowed to wander in the wild. No big cat was detected by traps, infrared cameras, and professional trackers. A fur sample was obtained in 2003 but DNA analysis was inconclusive. 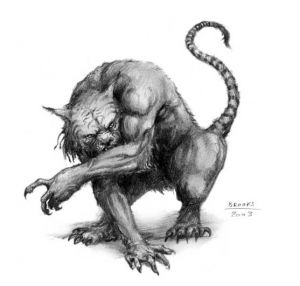 Many theories exist of how these animals have come to possibly inhabit the places where there are reported. Surviving Ice Age fauna, or even that the cats have a supernatural origin. Some of these ideas are considered to be more credible than others, and some receive much more publicity than others. These are some of the major theories so far put forward:

Survivors from the prehistoric past

A species unknown to science

It has been suggested that reported sightings of big cats could be due to feral hybrids of domestic cats and either wild cats or a small exotic cats such as jungle cats or caracals. The Kellas Cat of Scotland is an example of this. Also suggested are hybrids of escaped exotics such as cougars and leopards, which have been produced in captivity and are known as a pumapards, but they are prone to dwarfism and none survived to breed. Although female hybrid big cats are fertile, males are sterile and a breeding population would be next to impossible.

Escaped or released animals that have gone feral

In UK, it was suggested that phantom cats were:

It is argued that reported big cats are supernatural creatures or ghosts that haunt remote areas, or are in some way associated with the "Devil Dogs" or Barghests (such as the Black Shuck) of other areas of England. A similar belief is that they are ghosts of cats which lived in the area in the past. Other people take the similarity of big cat sightings to reports of supernatural events to be evidence for their nonexistence, and suggest that such sightings typify cultural mythologies.

One theory asserts that the reported big cats are what the Ancient Greeks, in particular the Syrian Neoplatonist Iamblichus (died AD 326), defined as daimones or in English 'daimons'. These are intermediate beings, both material and immaterial, well known to traditional societies as, for instance, trolls, brownies, fairies, kobbolds and so on, but discredited by modern Western culture. It is the daimons' relegation to the cultural dustbin, so the theory goes, that has forced them to adopt rather more insistently noticeable forms such as big, menacing 'black panthers'. This idea was first put forward by Merrily Harpur in Mystery Big Cats (Heart of Albion 2006).

It is sometimes claimed that with sightings of big cats people "see what they want to see" - for example people living on Exmoor may glimpse an animal, not fully focus on it, and "think" that they have seen "one of those big cats". In fact most people say that they at first assumed the animal was a dog, for example a black Labrador retriever, only to become curious - then shocked - at the progressive revelation of feline characteristics. Going on photographs of so-called black panthers it seems a surprising number of people have confused black domestic cats with the "real thing". Against this may be set the extraordinary number of sightings of ABCs at close quarters by farmers, gamekeepers, poachers and similar country people who are used to distinguishing between different species of domestic and native animals.

New breeds of domestic cat where genes from other species have been introduced into them are sometimes bigger than ordinary domestic cats and have caused big cat scares in a number of areas. A Bengal cat (a domestic with spots containing leopard cat genes), was shot in Lancashire by a game keeper when it attacked pheasants.

When the Beast of Exmoor story first came about, many people thought it may have been a dog. This may have been the case to a certain extent, as some dogs can kill sheep and do so regularly. Generally dogs will harass the whole flock of sheep, but cats will single out a sheep and kill it with injuries to the neck. Cats will also generally eat most of the carcass, but dogs will kill for the sake of it. Cats may drag the body to a special "hiding place" or even store it in a tree. Feral dogs and dogs used for poaching make this picture more confused, and sheep that die naturally may be scavenged by foxes, buzzards, and other animals to make it look as if the sheep has been killed by a predator.

Although much evidence has been put forward over the years, none has led to official acceptance of the big cats' existence. Many of the pictures were either taken from such a distance that it is impossible to make out the animal, or the picture is of poor quality. A few examples of hoaxes have also been exposed.

Many photographs have been taken of "cats" over the years, nearly all indeterminate, some fakes. In recent years indeterminate evidence has also come from CCTV cameras.

It has become common for the press or media to "name" any cats after the immediate area to the sighting, for example the Beast of Exmoor or the Beast of Bodmin. Sometimes they are named by the area where they are sighted followed by the species, e.g. the Surrey Puma or the Wrangaton Lion.

"The Beast of" followed by the location is the most common name given.