Pi-hsi (also called a tien-xia or ba-xia) is a chimeric dragon and the Lord of the Rivers in Chinese mythology. 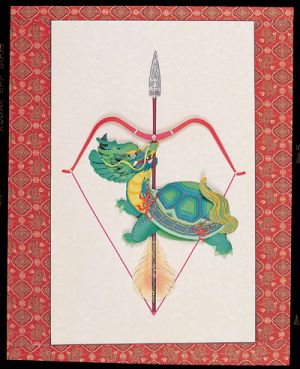 Pi-hsi has the shell of an armored tortoise and the feet, tail, and head of a dragon. It is believed to be endowed with supernatural strength.

Pi-hsi is one of the nine dragons usually represented in art motives. Because he likes reading, the beast is carved on the top of stone tablets.

It is also said to represent a male and a female tortoise bowed down by grief, and is largely used as a pedestal for tombstones, one head looking each way. a river god .

A modern representation of this dragon can be found in the 'Final Fantasy' game series as the giant Adamantoise enemies.