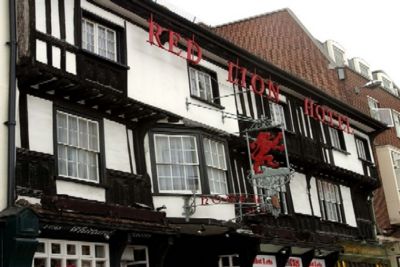 The Red Lion Hotel, in Colchester, Essex, England, is a public house believed to be haunted by at least two separate entities. The first is a young girl named Alice Mellor who has chosen her haunting grounds within the kitchen area. She is reportedly so frightening that the owner had her old room sealed up in the hopes that she would not reappear.The second ghost is that of a monk, who lost his life in a local fire several centuries ago.