Siyokoy are creatures that belong to the Bantay Tubug (merfolk) in Philippine mythology. 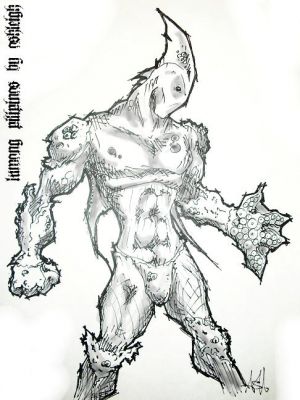 The Siyokoy is described as green-skinned humanoid with scaly body, webbed hands and feet, and have fins on some parts of its body.

Unlike the Sirena, Sireno and Kataw who have dominant human features, Siyokoys are more inclined in animalistic physical form and structure. They are illustrated as ghastly sea creatures that have fish-like bodies and long green tentacles. They also have green or brown gill slits and scaly skin.

Aquatic animals like as eels, octopus, rays and squids usually are believed to be swimming along with the Siyokoy.