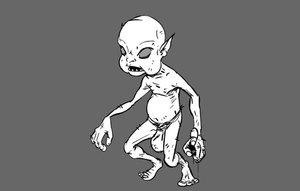 According to some Philippine lore, an infant who dies under certain conditions may become a vampire called the tiyanak, tianak or impakto.

The tiyanak often appears as a crying baby in the woods.

Unsuspecting passersby will think it to be an abandoned baby and will bring it home. Once inside, it will change into its original grotesque shape and attack the inhabitants while they sleep. Aside from slashing victims, the tiyanak also delights in leading travelers astray or in kidnapping children. 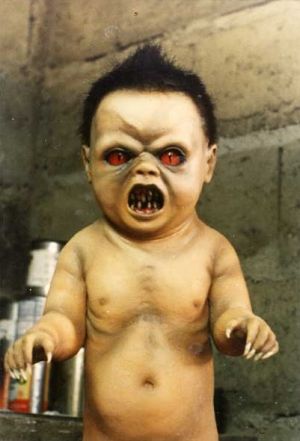 Tiyanak are said to be babies who died before receiving baptism rites and return into the mortal realm in the form of minor demons to revenge. The tiyanak can also be the offspring between a demon and a human or an aborted fetus, which comes to life to take revenge on its mother.

In the article “Philippine (Tagalog) Superstitions”, Fletcher Gardner (Journal of American Folk-Lore vol. 19 (1906)) described it as “the soul of an unbaptized child living again in a new body in the forest, sucking the blood of any unfortunate woman whom it may find asleep, or who, in compassion, may give it suck.”