In the folklore of Bali, the Leyak (in Indonesian, people called it 'Leak'(le-ak)) is an evil shapeshifter. 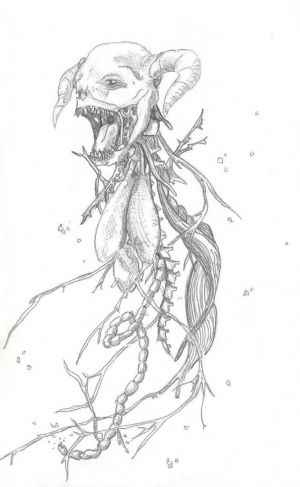 It is believed that the Leyak is an ordinary human who practices black magic and who needs human entrails or embryo blood in order to sustain themselves and make magic. There are three legendary Leyak, two females and one male.

In normal Leyak form, they are said to have an unusually long tongue and large fangs. In daylight they appear as an ordinary human, but at night they can change into a variety of forms such as animals (pig, monkey, tiger, ...), a ball of fire or even the demonlike figure of Rangda. In a similar fashion as the Manananggal, they also appear in the form of a flying head with entrails (heart, lung, liver, etc) still attached.

If people stab the neck of the Leyak's headless body during the night with a sharp object that points upward (towards the head), the Leyak cannot return to its body unless it can remove that object with its teeth. If the Leyak is separated from its body for an extended period of time, it may die.