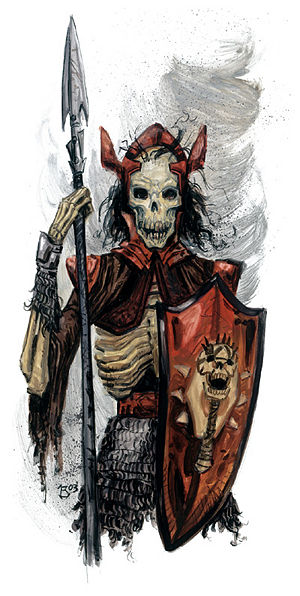 Skeleton warriors consist of animated human skeletons with human weapons and armor such as swords and shields. Because they are already dead, skeleton warriors can be very difficult to defeat. If they get smashed to pieces, often they can simply re-assemble.