Yowie is the generic term for the unidentified hominid reputed to lurk in the Australian wilderness. 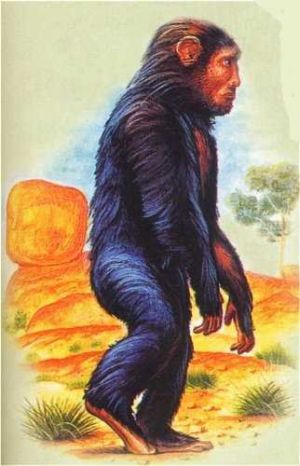 Jonathan Swift’s “Gulliver's Travels” (1726) includes a subhuman race called the Yahoos. Hearing the aborigines' fearful accounts of this malevolent beast, nineteenth-century European settlers probably applied the name Yahoo to the Australian creature themselves. Sometime in the 1970s, the term "Yowie" supplanted “Yahoo," for reasons that remain as mysterious as the creature. One possible origin of the newer name is the aborigine word youree, described as a legitimate native term for the hairy man-monster. The Australian accent could easily contort "youree" into "Yowie." The word "Yowie" was also apparently a slang term for the Orang-utan in Victorian England.

The Yowie has been reported primarily in New South Wales, the Gold Coast of Queensland and in the wild bush country of the Moehau Range. In New Zealand, the North Auckland area and the West Coast are its favorite playground.

An aborigine folk tale (Murri and Koori tribes) of eastern Australiaexplains that when their people first migrated to Australia thousands of years ago, they encountered on the new continent a savage race of ape-men. The aborigines' ancestors went to war against the ape-men, and in the end the humans triumphed, thanks to their ability to make weapons. Some have wondered if this tale might contain some element of truth, and it is a few diehard survivors from this unknown primate species that would later be known as the Yahoo and the Yowie.