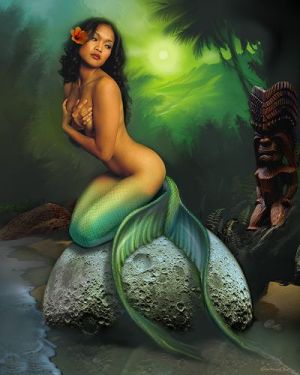 In Philippine mythology, Sirena is a creature who lives under the sea. It is the Philippine version of the Greek mermaid and one of the Bantay Tubig or guardians of water.

Sirena is classified as a mythological aquatic creature that has the head and torso of a woman and tail of a fish. The male version of a Sirena is called a Sireno. Occasionally, the Sirena is paired with Siyokoy.

Just like the mermaid, Sirena has also a beautiful and enchanting that can hypnotize men, especially fishermen. Sometimes, the voice of a Sirena can distract the sailors, which often results in shipwrecks. While hiding among the rocks by the shore, a Sirena sings to attract and abduct men. Old folks believed that the Sirena bring their victims under the sea and offer them to their gods. Others claimed that the Sirena takes the life out by drowning men while attempting to save them.