Many sets of religious beliefs have a particular spirit, deity, demon or angel whose responsibility is to escort newly-deceased souls to the afterlife, such as Heaven or Hell. These creatures are called psychopomps, from the Greek word ψυχοπομπóς (psuchopompos), literally meaning the "guide of souls".

In some cultures, acting as a psychopompos was also one of the functions of a shaman. This could include not only acompanying the soul of the dead, but also vice versa: to help at birth, to introduce the newborn's soul to the word. 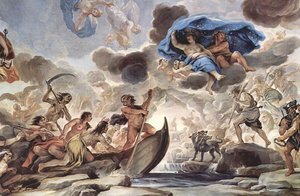 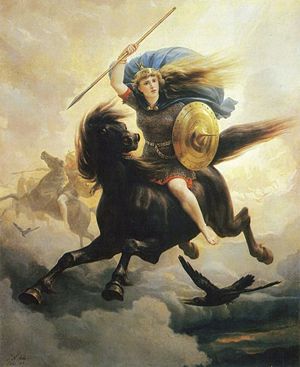 Valkyries of Norse mythology, as depicted by Peter Nicolai Arbo, 1869

In modern literature, the title character of J. M. Barrie’s Peter Pan is said to act as a guide for children: “At first Mrs. Darling did not know, but after thinking back into her childhood she just remembered a Peter Pan who was said to live with the fairies. There were odd stories about him; as that when children died he went part of the way with them, so that they should not be frightened.”

Sparrows as psychopomps play a notable role in Stephen King's novel The Dark Half.